Textron Aviation has sold a Cessna Citation Longitude to the Japan Civil Aviation Bureau (JCAB). Scheduled for delivery in 2021, the super-midsize business jet will be configured for flight inspection and calibration missions, joining JCAB’s fleet of five Citation CJ4 light-twins in service. 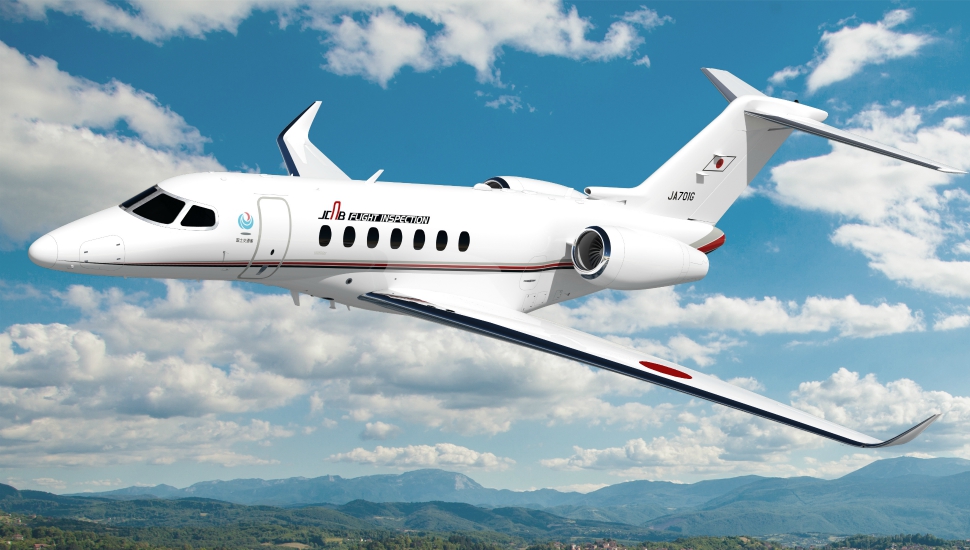 “The enhanced performance, large cabin and advanced capabilities of the aircraft give JCAB a new level of efficiency and productivity in maintaining the operational integrity of its airports and airways,” says Gibbs.

Longitude type certification was awarded by the US Federal Aviation Administration in September and Textron delivered the first example to an unnamed customer in October.

Textron Aviation is celebrating the 50th anniversary of the maiden flight of the original Cessna Citation business jet – the first model in what has become the largest business jet family in the world.

The prototype, branded the Citation 500, lifted off from Wichita’s Municipal airport (now Wichita Dwight D Eisenhower National airport) on 15 September 1969 for a 1h 45min sortie, piloted by Milt Sills and J L LeSueur. US certification was awarded in September 1971, leading to first deliveries in January 1972.

Cessna unveiled a mock-up of the light business jet in October 1968, originally calling it the Fanjet 500. The concept was to offer a growing population of business travellers an aircraft that was a quieter, simpler, safer and less expensive option than other business jets on the market, that also gave pilots of twin-engined turboprops an easy transition.

“The same vision that led to the creation of the original Citation 50 years ago still guides us today,” says Ron Draper, president and chief executive of Textron Aviation, Cessna’s parent company.

“We are building on our history as an industry leader and investing in the future to continue to exceed customer expectations,” he adds.

Garmin has secured US certification for the G5000 upgrade on the Cessna Citation XLS and Excel business jets, and installation is now under way on the initial batch of superlight twins; European approval should be received within six months.

The modernisation programme was launched in October 2016, in partnership with Cessna’s parent company, Textron Aviation. Two Excels were involved in the flight-test campaign, which was completed a few weeks ago, Garmin says.

The project is designed to breathe new life into the XLS – the previous iteration of the in-production XLS+ – and its predecessor, the Excel.

The Excel arrived in 1998, with the XLS launching in 2004. Both feature the Honeywell Primus 1000 flightdeck. The combined operational fleet of the two earlier variants totals around 700 aircraft.

In its configuration for the Excel/XLS installation, the G5000 features three 14in displays that provide the flightcrew with technologies including synthetic vision, electronic charts, wide-area augmentation system/local performance with vertical guidance approaches, engine indication, and traffic collision avoidance system information.

The touchscreen flightdeck also meets automatic dependent surveillance – broadcast out requirements, which will become compulsory in the USA on 1 January 2020 and in Europe from 7 June 2020.

Olathe, Kansas-based Garmin says it has secured more than 50 orders for the upgrade, which is available from Textron Aviation’s service centre network and at selected Garmin dealers. Prices start at $500,000, it adds.

Garmin has secured US certification for the next-generation G1000 NXi integrated flightdeck on the Cessna Citation Mustang and expects European validation before the end of June.

Over 470 Mustangs were delivered before the Textron Aviation subsidiary cancelled the programme in 2017 because of weak demand. Flight Fleets Analyzer records an in-service fleet of 454 aircraft, of which 284 are based in the USA and 99 in Europe.

The NXi upgrade is available through Textron’s service centre network and while a price for the retrofit has not been disclosed, Garmin says “interest among the Mustang community has been tremendous”.

Bernhard Fragner, founder and chief executive of the world’s largest Mustang operator GlobeAir says it is in negotiations with Garmin to retrofit his 20-strong fleet following European approval.

“We are interested, but it depends on the commercial proposal on a fleet deal,” he says. As well as providing a raft of improved safety features, Fragner says the NXi upgrade will also boost the residual value of the Mustang.

Textron Aviation is in the final stage of the certification effort for its Cessna Citation Longitude, and expects to secure US approval and begin customer deliveries of the super-midsize business jet before the end of the second quarter. European validation is expected around six months later.

Speaking during a stopover in Farnborough, UK, on the final leg of the Longitude’s three-week international demonstration tour, Textron Aviation’s vice-president of sales, Europe, Tom Perry, told FlightGlobal: “Since flight testing began [in October 2016], five aircraft have joined the campaign, accumulating more than 2,000h across 1,000 flights. We are almost there.”

Once the certification effort is complete, he expects up to four of the production-conforming test aircraft to be added to the demonstrator fleet.

The tour, which began in early February using aircraft serial number seven, has been “very successful”, Perry says, helping to raise interest in its flagship model throughout Asia, Australasia, Europe and the Middle East.

Much of the demand for the Longitude, he says, is coming from existing Citation customers looking to move up to a larger and longer-range model. “We are also seeing interest from owners of rival super-midsize models such as the [Bombardier] Challenger 300/350 and [Gulfstream] G280,” says Perry.

The 3,500nm (6,480km)-range Longitude is entering service as the business jet industry begins to emerge from one of the bleakest periods in its history. “We had quite a good year in 2017, with sales and deliveries of Citation jets up on the previous 12 months,” says Perry. “We are also off to a great start in 2018, with 25% of planned production for the year, already sold out.”

Meanwhile, assembly of the first prototype Denali single-engined turboprop is now underway at Cessna’s Wichita headquarters. It is expected to make its first flight before the end of the year.

Perry says Textron has been “very encouraged” by the market response to its pressurised, six-seat model – the first platform to be powered by GE Aviation’s Advanced Turboprop engine – with “several commitments” received so far from private owners, corporate and charter operators.

“We will issue purchase agreements to these customers by the end of March, and start converting these sales into firm orders,” says Perry.